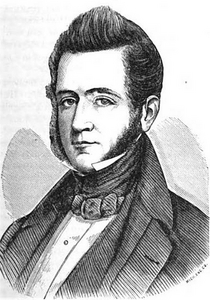 Porter was born in Norristown, PA and attended the Morristown Accademy and while he and his two brothers were preparing to enter college, there was a student "rebellion" at Princeton and many school buildings had been burned. As a result, Porter and his brothers continued their studies in their father's library rather than at Princeton.

After attending the Law School, Porter worked as a lawyer in Lancaster County, PA and eventually entered ...state politics. He relocated to the Michigan Territory and became Governor from 1832 to 1834. He died in office during a cholera epidemic in Detriot, MI. He is interred at the Elmwood Cemetery in Detroit, MI.

Records for the schools were sporadic, especially in the formative years of both institutions. If instructors kept comprehensive records for the Litchfield Female Academy or the Litchfield Law School, they do not survive. Researchers and staff have identified students through letters, diaries, family histories and genealogies, and town histories as well as catalogues of students printed in various years. Art and needlework have provided further identification of Female Academy Students, and Litchfield County Bar records document a number of Law School students. The history of both schools and the identification of the students who attended them owe credit to the early 20th century research and documentation efforts of Emily Noyes Vanderpoel and Samuel Fisher, and the late 20th century research and documentation efforts of Lynne Templeton Brickley and the Litchfield Historical Society staff.
CITATION OF ATTENDANCE:
Litchfield County Bar Association Records, 1812, Litchfield Historical Society, Helga J. Ingraham Memorial Library.