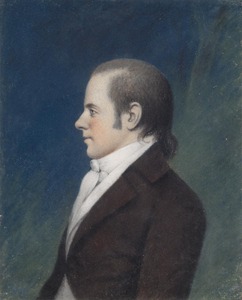 Gender:
Male
Born:
September 4, 1771
Died:
September 19, 1798
Biographical Notes:
Elihu Hubbard Smith was born in Litchfield, Connecticut, 4 September, 1771 and died at New York city, 19 September, 1798. He was graduated at Yale in 1786, subsequently followed a classical course under Dr. Timothy Dwight, and studied medicine in Philadelphia. He then settled in Wethersfield, Connecticut, where he wrote as well as practised, and, removing to New York city in 1794, soon established a reputation both in literature and in the medical profession. His house was the headquarters of the Friendly Club, and a centre of the literary society of that city. He became a physician to the New York hospital in 1796, and the same year was a founder and editor of the " Medical Repository." During the yellow-fever epidemic in 1798 he was unremitting in his care of the sick, but finally contracted ...the disease, which proved fatal. He contributed to the "Medical Repository" papers on pestilential fevers ; edited " American Poems, Selected and Original " (Litchfield, 1793) ; was the author of " Letters to William Buel on the Fever which prevailed in New York in 1793 " (1794); "Edwin and Angelina," an opera in three acts (1795); and prefixed to the American edition of Darwin's works an "Epistle to the Author of the Botanic Garden" (1798). He is also supposed to have written an anonymous five-act tragedy entitled " Andre " (1798).
[more][less]
Education
Other Education:
Yale
Profession / Service
Profession:
Doctor
Related Objects and Documents
In the Ledger:
Contact Us