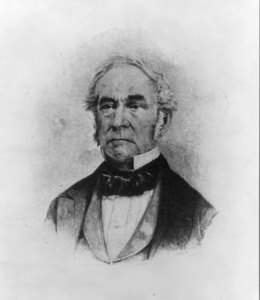 Ellsworth and his wife first settled in Windsor, CT but after a few years moved to Hartford, CT where he began a successful and varied career. Ellsworth worked as a lawyer and also pursued agricultural interests. From 1819 to 1821 he acted as President of the Aetna Insurance Company and was also active in real estate. In 1832, President Andrew Jackson appointed ...him the Commissioner to and Superintendent of Indian Settlement. This commission involved the transplantation and resettlement of Native Americans from their homes to the south and west and Arkansas following the passage of the Indian Removal Act. While in this position, Ellsworth traveled extensively in this region. On one of those tours in eastern Oklahoma, he was accompanied by the author Washington Irving.

In April 1835, Ellsworth was elected Mayor of Hartford, but resigned on June 15, 1835. He was then appointed by President Andrew Jackson as the first U.S. Commissioner of Patents, and consequently he presented a series of reports to Congress. His office was also very involved with the development and distribution of seeds and made the first government investments in agriculture. He was also influential in getting a government appropriation of $30,000 for his friend Samuel B. Morse to see the practicality of the telegraph.

On April 30, 1845, Ellsworth resigned as Commissioner of Patents. He then moved to Lafayette, IN as the agent for the purchase and settlement of public lands, eventually becoming the largest landholder himself. Reportedly, Ellsworth was the first to use a mowing machine on the prairies. In 1847, his wife Nancy died from a fractured leg at the age of fifty-four. Ellsworth remarried twice after that. In 1858, Ellsworth returned to CT in ill health and died in Fair Haven, CT.
[more][less]
Additional Notes:
His work, "A Tour to New Connecticut in 1811: the narrative of Henry Leavitt Ellsworth," was published in 1985.
Education
Years at LLS:
1811
Other Education:
Studied with Nathan Johnson in Windsor, CT in preparation for college and then graduated from Yale College in 1810.
Profession / Service
Profession:
Lawyer; Agriculture; Insurance; Real Estate; Political Office
Admitted To Bar:
1812 in Litchfield County Court
Federal Posts:
Commissioner of Indian Settlement 1832-1835
Commissioner of Patents 1835-1845
Local Posts:
Mayor (Hartford, CT) 1835
Immediate Family (Why only immediate family?)
Related Objects and Documents
In the Ledger:
Other:
Litchfield County, Litchfield County Court Papers by Subject: Admissions to the Bar

Records for the schools were sporadic, especially in the formative years of both institutions. If instructors kept comprehensive records for the Litchfield Female Academy or the Litchfield Law School, they do not survive. Researchers and staff have identified students through letters, diaries, family histories and genealogies, and town histories as well as catalogues of students printed in various years. Art and needlework have provided further identification of Female Academy Students, and Litchfield County Bar records document a number of Law School students. The history of both schools and the identification of the students who attended them owe credit to the early 20th century research and documentation efforts of Emily Noyes Vanderpoel and Samuel Fisher, and the late 20th century research and documentation efforts of Lynne Templeton Brickley and the Litchfield Historical Society staff.
CITATION OF ATTENDANCE:
Baldwin, Roger Sherman. "Notes on law taken from the lectures of the Honble. Tapping Reeve and James Gould, esquire … at the Litchfield Law School, 1812-1813." Rare Book Collection, Lillian Goldman Law Library, Yale Univeristy.; Bond, William Key. "Lecture"