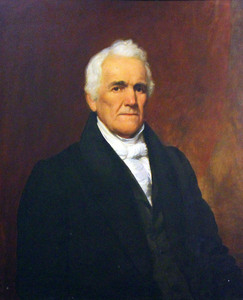 Gender:
Male
Born:
October 10, 1764
Died:
1851
Home Town:
New Milford, CT
Later Residences:
New Milford, CT
Marriage(s):
Amaryllis Warner Boardman (unknown)
Biographical Notes:
Homer Boardman was the fourth son, and fifth child of Sherman and Sarah Boardman of New Milford, Connecticut. Born October 10, 1764 in New Milford, Boardman spent the rest of his life farming at the Boardman homestead in New Milford until his death in 1851. Boardman was also active in politics during his lifetime. He was elected as a State Representative from New Milford three times. First in October of 1805, then in May 1818, and again in October of 1818. Boardman was also elected to the State Senate in 1829 and 1830. In 1824 he acted a an Elector for the President and Vice President of the United States. Locally he served as a Justice of the Peace in New Milford, and was appointed Assessor for Litchfield County. Homer Boardman also found himself active with the Connecticut Land Company which ...is brother Elijah was deeply involved with. Homer, along with his brother's Elijah and David S. Boardman, and five other men, was an original owner of land in Boardman Township of the Ohio Territory.
[more][less]
Profession / Service
Profession:
Agriculture; Political Office
Immediate Family (Why only immediate family?)
Related Objects and Documents
In the Ledger:
Contact Us