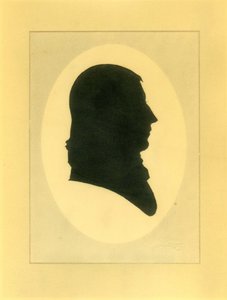 Other Name:
Ebenezer Foote
Gender:
Male
Born:
July 6, 1773
Died:
July 21, 1814
Home Town:
Watertown, CT
Later Residences:
Lansingburg, NY
Troy, NY
Albany, NY
Rensselaer, NY
Marriage(s):
Betsey Colt Foote (unknown)
Biographical Notes:
Ebenezer Foote was born July 6, 1773. He was the eldest son of Capt. John Foote and his second wife, Mary Peck Foote. He worked on the family farm in Westbury, Connecticut until he was twenty. After the harvest of 1792, he left the farm to pursue studies under Reverend John Foot, the Congregational minister of Cheshire, Connecticut. While studying he taught school to pay his expenses. In 1795 he furthered his education at the Litchfield Law School and was admitted to the Connecticut bar in 1796 before moving to Lansingburgh, New York where, after selling his father's farm, he opened a legal practice.

Foote also entered the political arena and was affiliated with Ambrose Spencer, the New York State Attorney General and future mayor of Albany (1825-26). Foote was appointed assistant ...Attorney General by Governor George Clinton in 1801 and served for several years. He continued his legal practice in Troy until he relocated to Albany in 1808 where he resided until his death.

To make a better education available to their only daughter Lucretia, in February 1814, he and his wife, Betsey Colt Foote, founded the Union School which became the Albany Female Academy and then the Albany Academy for Girls. The original school was on leased land on the east side of Montgomery Street near his home. Foote was its first treasurer.

Records for the schools were sporadic, especially in the formative years of both institutions. If instructors kept comprehensive records for the Litchfield Female Academy or the Litchfield Law School, they do not survive. Researchers and staff have identified students through letters, diaries, family histories and genealogies, and town histories as well as catalogues of students printed in various years. Art and needlework have provided further identification of Female Academy Students, and Litchfield County Bar records document a number of Law School students. The history of both schools and the identification of the students who attended them owe credit to the early 20th century research and documentation efforts of Emily Noyes Vanderpoel and Samuel Fisher, and the late 20th century research and documentation efforts of Lynne Templeton Brickley and the Litchfield Historical Society staff.
CITATION OF ATTENDANCE:
Handwritten list of names on loose papers titled "prior to 1798," inside Catalogue of Litchfield Law School (Hartford, CT: Press of Case, Tiffany and Company, 1849).
Secondary Sources:
Kilbourne, Dwight C. The Bench and Bar of Litchfield County, Connecticut 1709-1909. Litchfield, CT: Published by the Author, 1909.
Contact Us