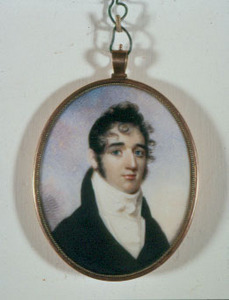 He was admitted to the bar in 1811, and began a law practice in New York City in 1813. During the War of 1812, he has a successful military career serving as the Captain of the Cavalry Company of New York. After the War he returned to New York and embarked on a successful political career.

In 1858, shortly after his appointment as the General Superintendent of the Metropolitan Police, Tallmadge was placed on trial, charged with "absolute disobedience." At the beginning of September of 1858, long seated resentment towards the presence of a quarantine hospital on Staten Island reached a violent head. Tallmadge was reluctant to send his healthy policemen into the disease ridden area, in spite of promises of assistance made by the Mayor. Despite this episode, Tallmadge remained in office until 1862.

When he left the Court of Appeals, Tallmadge resumed the practice of law in New York City. Due to his failing health, in 1869 he returned to Litchfield, where he died on September 17, 1869.

[more][less]
Quotes:
"Mr. Tallmadge was possessed of great moral as well as physical courage, and to mental abilities of a high order were added genial and polished manners. Although frequently obliged, from his position, to exercise power which was calculated to arouse bitter feeling, he always acted fearlessly but discreetly, and in such a way that he seldom made an enemy, and was deservedly popular with the masses." -- His New York Times Obituary, September 18, 1869

Regarding the assumption of his position as the General Superintendent of the Metropolitan Police: "The place which he now occupies was not sought by him. It sought him. He left a profession much more lucrative in its annual compensation than the salary he receives as General Superintendent. He accepted it, too, after several persons ...had declined it -- declined it, because they were unwilling to take office under a law which our citizens regarded with disfavor and opposed, and the constitutional validity of which was denied; and he accepted it for the purpose of inaugurating this new experiment in the government of a large district, which met with so much opposition in this city; and his large popularity and uniformly kind and urbane manners contributed not a little to its success." -- Quoted from Argument of William Curtis Noyes, Esq. on the Trial of Hon. Frederick A. Tallmadge, General Superintendent of Metropolitan Police, Before the Board of Commissioners of Police. New York: Baker & Godwin, Printers, 1858.
[more][less]
Education
Years at LLS:
1811
Other Education:
Prepared for college by the Reverend Ammi R. Robbins, and graduated from Yale College in 1811.
Profession / Service
Profession:
Military; Political Office; Lawyer
State Posts:
State Senator (NY) 1837-1840
State Committees:
President Pro Tempore of the NY State Senate.
Local Posts:
Alderman (New York, NY) 1834
City Council (New York, NY) 1836
Recorder of the City (New York, NY) 1847-1850
General Superintendent of the Metropolitan Police (New York, NY) 1857
Clerk of the Court of Appeals (New York, NY) 1862-1865
Immediate Family (Why only immediate family?)
Related Objects and Documents
In the Ledger:

Records for the schools were sporadic, especially in the formative years of both institutions. If instructors kept comprehensive records for the Litchfield Female Academy or the Litchfield Law School, they do not survive. Researchers and staff have identified students through letters, diaries, family histories and genealogies, and town histories as well as catalogues of students printed in various years. Art and needlework have provided further identification of Female Academy Students, and Litchfield County Bar records document a number of Law School students. The history of both schools and the identification of the students who attended them owe credit to the early 20th century research and documentation efforts of Emily Noyes Vanderpoel and Samuel Fisher, and the late 20th century research and documentation efforts of Lynne Templeton Brickley and the Litchfield Historical Society staff.
CITATION OF ATTENDANCE:
William Key Bond List 1811-1812, Henry Francis Du Pont Winterthur Museum Joseph Downs Manuscript Collection No. 65x669.